The Cicadas is a true scary story about a woman who is deathly afraid of insects. The story was told by a Japanese woman and is supposed to be true. 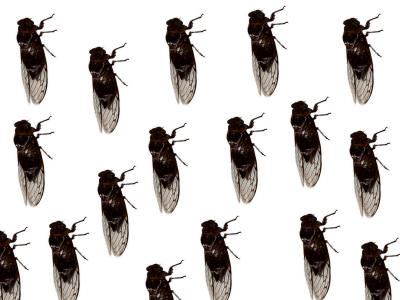 Ever since I was a child, I have always had a morbid fear of insects, especially cicadas. In Japan, we call them “higurashi”. They are large black and brown insects with wings and they make a horrible high-pitched noise like “Jijijijiji Jijijijiji Jijijijiji”. Some people who have heard it say it sounds like they are screaming.

A few weeks ago, I had a very scary and disturbing experience. This is not a ghost story, but it is a true story.

I am a single woman in my late 20s and I live alone. One weekend, I went to stay with some friends of mine who live in another city. I came home on Sunday night and when I arrived back at my apartment, it was quite late. I unlocked the door and as soon as I stepped inside, I had the strangest feeling that something was very, very wrong.

I heard an unexpected and eerie noise.

Cautiously, I walked towards the sound and when I got to the kitchen, I was shocked by what I saw.

The white walls were covered in cicadas. There must have been almost 100 of the horrible insects and they were all perched on the wall, making that horrible high-pitched screech.

The sight of them made my eyes well up with tears. I had a bad feeling in the pit of my stomach.

“Where could they have come from?” I wondered. “Did I accidentally leave a window open? Did they come through the ventilation fan?

As I got closer to the hordes of screaming cicadas on the wall, I noticed something that filled me with terror. They weren’t moving. Each and every one of the cicadas was fixed to the wall with a pin.

I immediately ran out of the apartment. When I was out on the street, I called the police and waited anxiously for them to arrive.

Two officers showed up and searched my apartment. They didn’t find anything out of place. Nothing had been stolen and there were no signs of forced entry on the front door. All of the windows were shut tight.

The police came to the conclusion that someone must have broken into my apartment while I was away and pinned the cicadas to the wall. They said the intruder may have entered through a small window in the bathroom.

The most frightening thing about that is my apartment is on the 5th floor of the building.