Pop Rocks and Coke is an urban legend about a kid who mixed candy and soda and exploded. 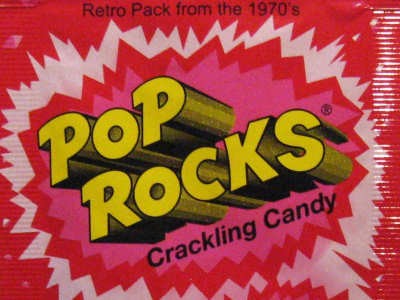 Pop Rocks is a flavored candy candy that snaps and crackles in your mouth. There was famous commercial for Life Breakfast cereal that used to air on TV years ago. It starred a kid known as “Little Mikey”. In the commercial, Little Mikey became famous as the kid who will eat anything his older brothers put in front of him.

After the commercial aired, an urban legend began to spread that Little Mikey had died after eating an unexpectedly lethal combination of Pop Rocks and soda. Apparently, they caused a build-up of gas inside his body that caused him to explode.

This was only an urban myth of course, since pop rocks and coke aren’t powerful enough to make you explode and the actor who played Little Mikey is still alive and well.

The funniest thing about it was that the rumor became so widespread that the company that makes Pop Rocks had to spend thousands of dollars in advertising trying to convince people that pop rocks were safe to eat! I wonder if anyone has ever been killed by Diet Coke and Mentos…