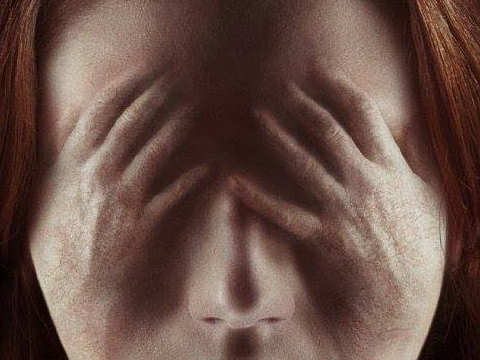 1. The Girl Who Fell Down The Well

When my wife was 6 years old, she fell down a well. She wasn’t able to climb out and when she realized she was stuck down there, she started to cry. Then, she heard a girl’s voice coming from above her. The voice told her not to worry and told her there were some stones jutting out of the walls of the well so she could grab hold of them and climb out. She did as the voice told her and managed to get out of the well. When she got to the top, she looked around, but there was nobody there. Creeped out, she ran all the way home. When her mother asked her what was wrong, she told her about what happened. Her mother told her that, many years ago, a little girl had fallen down that very same well and drowned…

My grandmother told me a scary true story about something that happened when my father was a child. His playroom was in the attic. She said that sometimes, she would hear him get up in the middle of the night and play with his toys in the attic. She could hear the toy cars running back and forth across the hardwood floor and creaking of the rocking horse moving back and forth. She scolded him for these midnight playtimes but my father insisted it wasn’t him. She kept accusing him and he kept denying it. After a few weeks, my grandmother decided to catch him in the act. That night, when she heard the sound of toy cars running back and forth, she jumped out of bed and ran upstairs to catch my father. When she got to the attic, my father wasn’t there and the toys were moving about by themselves. She watched for a moment before they stopped. When she went downstairs, she found my father fast asleep in his bed. My father remembers his mom asking about the toys but he never saw or heard anything.

I know a true story involving Ouija boards. It comes from a friend of my mum’s who is a police officer.

The policeman’s sister had a friend and the two women would contact the spirits through a ouija board once a week. Every Friday, after their husbands went off to the pub, they locked the doors, turned down the lights, and attempted to contact the other side.

One Friday night, the police officer was called to his sister’s house.
People were gathered around and the husband couldn’t get in, or raise anyone from the inside of the house. The police officer smashed down the door. What he found inside still haunts him to this day.

One woman was lying dead on the floor, with a look of horror on her face. She was later found to have died from a massive heart-attack. The other woman was unconscious. Later, when she recovered, she refused to talk about what she had seen. And as far as I know, to this day, she still hasn’t.

The woman who died was the police officer’s sister. No wonder it had such a profound effect on him. And more shocking still, was that she was only 21 years old, and up to that point, she had been perfectly healthy.

There’s a famous ghost story in the Philippines about an old hotel in Baguio, a popular vacation spot. They say there is a room in the hotel that is never ever occupied. Baguio is famous for holding conventions and one week, the place was very busy and all the hotels were fully booked. There was a young woman who was left with no choice but to take the room. She was brushing her teeth in front of the bathroom mirror and after she gargled, she saw a reflection in the mirror of a hag-like woman standing behind her, with long scraggily hair and a gnarled, pale face. She was so scared that she closed her eyes and recited the lords prayer. After she finished the prayer, she opened her eyes again and, to her surprise, the figure was still behind her in the mirror. Worse still, the old hag was winding her finger through the girl’s hair while reciting the lord’s prayer in a mocking voice!

One story concerned a lady named Margaret who lives in a beautiful old Georgian house near here. Her family has had many ghostly encounters there, but there was one that made my skin crawl when I heard it.

She had stayed up late to watch a TV show and her husband and two daughters were upstairs in bed. She became aware of the latch on the door to the lounge lifting very, very slowly. She knew she was alone downstairs. She wasnt scared by this, just curious. Then the door opened very slowly, inch by inch. As she watched, a huge, white arm came around the door and began to slowly beckon to her. Margaret said she was frozen to the spot. Whoever or whatever was behind the door must have been enormous! The angle the arm was at meant that the owner had to be over 7 foot tall… and the arm was so white… so very, very white… She said by this time she was terrified. The arm continued to beckon to her and then it withdrew behind the door… but the door stayed open. She summoned all her courage and forced herself to get up and go to the door, but there was nobody there. The room was completely empty.

As she told us the story, my eyes were glued to the door in question and I could feel my arms break out in goosebumps!

I am not familiar with this story, but on Halloween this year, a local radio station was talking about it. Allegedly, there is this house in Gary, Indiana that they call “The Ozzy House”. Legend has it that this guy had a mentally disabled child and he kept it in the attic for years and beat it all the time. One day, he murdered his wife and decided to pack up the rest of the kids and just move. He left the mentally disabled child locked in the attic with the dead body of his wife. The family left all of their clothes and everything they owned in the house. It was just as they left it when they walked out. They say the table was even still set for dinner. It sat empty from that day until it burned down a few years ago. No one would ever buy the house because of the legend and no one knows what ever become of Mr. Ozzy or the kids. Maybe they’re living in your neighborhood???