The Digital Camera is a scary ghost story about a little girl whose mother dies suddenly. She begins to exhibit strange behavior and refuses to be left alone. It is based on a supposedly true story that apparently happened in Japan a few years ago. 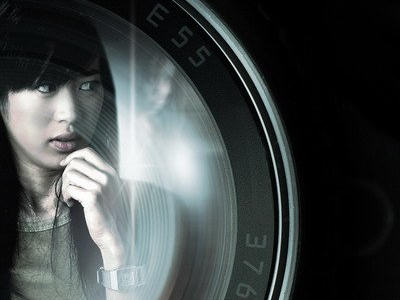 One of my relatives passed away suddenly. I never met the woman. She had a daughter who was four years old. The little girl’s name was Yuki. Her father wasn’t able to raise her on his own, so he asked my aunt to take care of her.

The little girl refused to be left alone and never left my aunt’s side. It started to become a problem. My aunt couldn’t go anywhere without Yuki. She constantly needed attention. Even my aunt’s own daughter started to get jealous.

One day, my aunt told me she had to go out of town for a couple of days and asked if I would babysit the little girl for her. I said it would be my pleasure. I lived alone and I could do with some company.

A few days later, my aunt dropped Yuki off at my apartment. As she was leaving, she took the little girl aside and said, “Yuki, please be good. Behave yourself.”

When my aunt was gone, I tried to talk to Yuki and play some games with her, but the little girl’s behavior was very strange. She had a teddy bear tucked tightly under her arm and never let go of it. She never smiled. She never spoke. All she ever did was sit quietly in the corner and stare at the wall. It made me kind of uneasy.

I was trying to find something that would entertain her. I had just bought a new digital camera and I decided to let Yuki play with my old one. When she saw the camera, her eyes lit up. I showed her how to use it and she went around my apartment taking pictures of everything. There was a bright smile on her face.

That evening, I discovered how difficult Yuki was to deal with. Whenever I tried to leave the room, she started crying and screaming out my name. I couldn’t leave her alone or she would create a huge fuss. She even insisted on going to the bathroom with me, which was very embarrassing.

At bedtime, she refused to stay in the spare room and insisted on sleeping in my bed. I read her a bedtime story and after a while, I managed to get her to go to sleep. That was when I noticed her teddy bear. One of its legs was charred and blackened, as if it had been burned. It made me wonder.

In the middle of the night, I was awoken by a strange noise. When I turned over, I saw that there was something wrong with Yuki. The little girl’s body was trembling and shaking. Her eyes were wide open, her teeth were chattering and tears were streaming down her cheeks. I held her close and asked her what was wrong.

“She’s looking at me again,” she mumbled.

“Who is?” I asked in surprise.

She wouldn’t say anything more. I tried to tell her it was just her imagination, but she kept shaking her head and whimpering. It took me a long time to get her to go back to sleep.

The next day, Yuki was fine again. She loved playing with my digital camera. When it was time for her to go home, I told her she could keep it. Yuki hugged me. Although she didn’t say anything, I could tell she was overjoyed.

I dropped the little girl off at my aunt’s house and stayed to have a cup of tea. My aunt thanked me for taking care of Yuki we spent a while chatting at the kitchen table.

“Poor little thing,” said my aunt. “She hasn’t said a word since her mother died.”

I couldn’t contain my curiosity. “How did Yuki’s mom die?” I asked.

A strange look came over my aunt’s face. “She died in a fire…”

“How did the fire start?” I asked.

“Well…” my aunt hesitated, unwilling to talk about it. “It’s a very sad story. She committed suicide. Yuki’s mother was a very troubled woman. She poured gasoline over herself and lit a match. She burned herself alive.”

“Yes,” said my aunt. “Her family was so shocked, they hushed it up and pretended it was an accident. We had a small funeral but only close relatives were invited. Yuki wasn’t there. She doesn’t even know her mother is dead. She thinks her mother is just on a long holiday. We haven’t had the heart to tell her the truth.”

A few days after that, Yuki died.

My aunt was trying to change Yuki’s behavior. At night, she forced the little girl to sleep in her own bedroom. Even though Yuki screamed and cried, my aunt left her there alone and locked the door. In the morning, she found Yuki lying motionless in bed. The poor little girl was dead.

Nobody could understand what had happened. The coroner couldn’t determine a cause of death. There wasn’t a mark on her body. She was perfectly healthy. She had just mysteriously died during the night. There was no explanation.

After the funeral, I went back to my aunt’s house. Everyone was very sad. She returned the digital camera I had given to Yuki. I took it home with me. It was something to remember her by.

The memory card was full of random photos that Yuki had taken. I browsed through them, wiping a tear from my eye. There were pictures of my apartment, pictures of my aunt’s house, pictures of flowers, dogs, toys, candy… Silly pictures that a child would take.

Then, I came to the last picture and it made my blood run cold.

My hands were trembling.

I wanted to scream, but nothing would come out.

The timestamp on the photo showed that it had been taken on the night Yuki died.

Here is the last picture that poor little girl ever took with my digital camera: 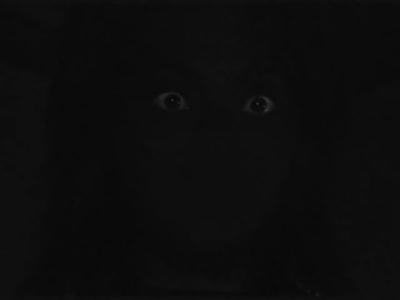